Spark Massive Creativity By Getting In Your ‘Liminal Space’

Have you ever been in a shopping mall after it closed? Or walked the campus of your high school late at night? Or been up for an early flight and cruised easily down streets that are normally packed with traffic?

If you’ve done any of these things, you may have experienced a strange sensation—the feeling of being somewhere familiar but unfamiliar all at once. You might have noticed the feeling that something was “off,” even though nothing was wrong.

Believe it or not, there’s a name for this sensation. Psychologists and scholars call it the ‘liminal space,’ and if used mindfully, it can be a place of massive creativity.

The Place in Between 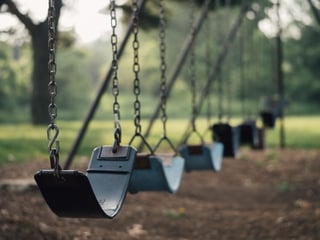 The most dramatic manifestation of liminal space happens after an extreme event: an unexpected death, the loss of a longtime job, a divorce, or some equally life-altering shake-up. It’s no wonder these events rattle our minds; they put us in a place we’ve never been in before, and our emotions are on overdrive to boot.

But liminal space also exists in much more mundane circumstances, too. Long, silent hallways. Waiting rooms. Empty lots where a building has just been demolished. Playgrounds covered with a fresh blanket of snow, not yet marred by little footprints.

All of these spaces by their very nature signify transition, seemingly awaiting what will happen next. For those who are in these spaces, it can trigger both a physical and mental sensation.

As psychiatrist Dr. Carrie Barron explains, the word liminal comes from the Latin word limens, or ‘threshold.’ Liminal spaces are literally places in between, and something about them makes us anxious.

As humans, we crave resolution. We don’t like anticipation. It’s the same reason suspenseful movies put us on the edge of our seats.

So if liminal space is uncomfortable, why would we want to be in it? Because it’s also a space that puts our brain in the perfect position for innovation.

An Agent for Change

As Dr. Carol Kershaw discusses in her book, Brain Change Therapy, being in a liminal space puts your brain in a prime position for change to take place. The state of mind achieved when you’re in a liminal space—either physically or mentally speaking—is conducive to forming new habits, changing old ways and finding creative solutions.

In one fascinating example, designers in Denmark created a physical structure, the Dome of Visions, that’s erected in what they call “urban liminal space,” like an empty lot waiting to be developed.

The structure, a giant dome comprised of intersecting triangles, is so out of context with the space around it that there are no preexisting expectations about what could or should happen there. People—anyone and everyone—are invited inside to exercise their creativity and experiment with new thinking in whatever way they see fit (in this particular case, the designers hoped to spark conversations about sustainability).

The researchers theorized that by creating an intentional liminal space, one that’s simultaneously indoors and outdoors, familiar and strange, they would encourage spontaneous behavior, creative thinking and an open flow of ideas for those who venture inside.

It might sound wacky, but the idea has caught on, with several additional vision domes popping up in locations around Europe.

Getting In Your Liminal Space

Stepping into a geometric dome is one way to get into a liminal mindset. Lucky for us, though, that’s not the only way. Simply stepping away from your ordinary routine is enough to put your brain in this space.

How much of your typical day is a repeat performance? According to research, as much as half of our daily behaviors happen in the same place at roughly the same time, every single day.

As we’ve discussed before, routine is a necessary evil for successful entrepreneurs. But like any good rule, it’s meant to be broken once in a while.

According to neuroscientist Gregory Berns, “only when you consciously confront your brain’s reliance on categories will you be able to imagine outside of its boundaries.”

In other words, by consciously recognizing and breaking our routine, we free ourselves from its constraints. We give our brains permission to go outside the proverbial box, coming up with new solutions and ideas.

Here are some ideas, both simple and not-so-simple, for breaking your everyday routine and creating intentional liminal space:

Liminal space doesn’t have to be a traumatic experience. By getting in it—and getting comfortable with it—you’ll open your mind to new ways of thinking and spark creativity outside your typical box.

Want more ideas to foster creativity and build your best business? Subscribe to our newsletter below!

How To Cultivate Your Curiosity

Entrepreneur ESP: The Impact Of Intuition On Your Business