BY Tami Brehse In Profitability, inspiration, entrepreneurs On Jun 28, 2018 With 1 Comment 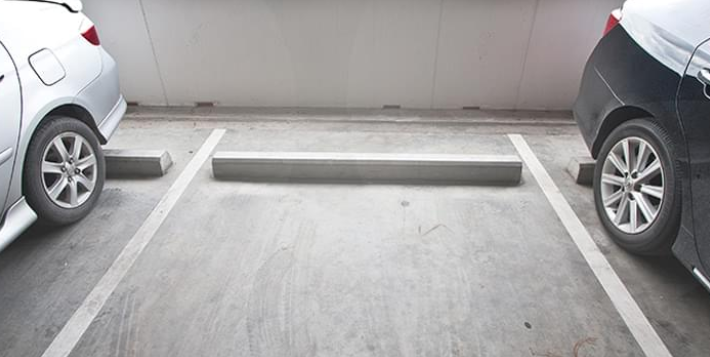 The year was 2006 and Charles Cridland was walking through his native London. As he made his trek to the train station on foot, he silently bemoaned all the private driveways and parking spots sitting empty that he passed along the way.

Suddenly, a thought hit him. The spots weren’t being used, but they belonged to someone. 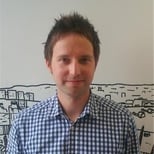 “Surely some of these homeowners would be open to the idea of making money from their driveway when they weren’t using it themselves,” Cridland says.

Cridland would tinker with the idea in the weeks that followed and, eventually, launch YourParkingSpace.co.uk, a matchmaking service of sorts for valuable curbside real estate.

The first build of the site was a free model, created simply to connect drivers and parking space owners. Cridland says he was naïve about the realities of launching a business based in the digital space.

“I had the ‘build it and they will come’ mentality,” he remembers. “I very quickly realized that customers wouldn’t simply find the website. It would need a lot of promotion.”

In the early days, Cridland tried anything and everything he could think of to attract an audience: passing out flyers, issuing press releases, running pay-per-click ads and networking in person. He didn’t have a whole lot of funding or knowledge of online marketing, but with persistence, eventually the site started to gain some traction.

About six months after its launch, YourParkingSpace began to pick up search rankings, which contributed to slow but steady growth in the popularity of the website.

“The start is very tough, Cridland says. “A lot of perseverance is required, but over time you’ll be able to identify those marketing channels that work for you and can be scaled.” 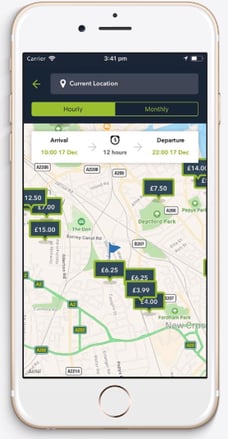 As previously mentioned, YourParkingSpace was originally launched as a free, basic matchmaker-style service to connect those who owned parking spaces with those who needed them. It wasn’t until 2014, though, that Cridland and his team transformed the concept into a self-sustaining business.

They overhauled the website and implemented a pricing model where the site takes a percentage of each parking booking, then re-launched.

“It was in then that the website effectively became a business,” Cridland says.

Related: Get Profitable! Download Our Free Cash Flow Forecast Tool And Master The Cash In Your Business

Once he had a feasible business model down, it was time to sort out other logistics, like how to collect payments from space renters and distribute them to owners. Cridland says thanks to technology, it’s actually a lot more straightforward than it might have been a decade earlier.

“These days there are very neat solutions like Stripe Connect for marketplaces like ours, although we actually have a more traditional set-up,” he says. “All the parking payments go into a separate ring-fenced bank account, from which the payments to space owners are made.”

He recommends Stripe to other digital entrepreneurs just starting out because of its ease of use and flexibility. The online payment processing system enables business owners to easily accept payments for one-time transactions, recurring services and more, integrating easily with most e-commerce platforms.

“Utilizing different currencies is very straightforward and the interface is extremely user-friendly,” Cridland says. “Over time as the business grows, you can always introduce a second payment processor, as we did by adding PayPal as a payment option last year.”

Without realizing it, by launching YourParkingSpace Cridland was contributing to a growing subset of the real estate industry, and a highly lucrative one at that—parking space sales and rentals.

In heavily trafficked cities like New York, San Francisco and London, a parking space can fetch multiple hundreds of thousands of dollars on the market. It can also bring in several hundred dollars a day as a rental when turned multiple times throughout the day. According to the latest Global Parking Index, two-hour parking in a space in New York City runs around $33.

And parking spaces have another investment advantage not shared by the traditional market: they tend to appreciate, even as the overall real estate market softens.

Before selling the space, the couple rented it out by the month and yielded a few hundred dollars a month as a side income. The majority of users on YourParkingSpace are individuals doing the same thing, Cridland says.

“We also have mini-entrepreneurs who go around to friends and neighbors and ask, ‘Can I rent out your space?’” and then list maybe 20 spaces,” he told the Times.

In 2017, YourParkingSpace netted £8 million in annual revenue, the equivalent of approximately $10.5 million USD, and employed 20 people. In 2018 Cridland aims to double the company’s earnings and grow the team to 30 employees.

While Cridland enjoys the success he’s reaped from the business he started in his bedroom, he does take a break to escape the grind from time to time.

“Watching football (soccer) is my escape,” he says. “It’s the time when I can completely switch off from the business. I would suggest having beers with friends, but all too often the topic of conversation can end up being about the business!”

Get weekly stories and insights from real entrepreneurs on building a more profitable business. Subscribe to our blog and never miss a post!