The Science of Goal-Setting (and How to Do It Effectively)

On May 25, 1961, President John F. Kennedy announced that the United States would put a man on the moon before the end of the decade.

Most people at the time thought it was impossible—maybe even laughable—but on July 20, 1969, just a few months shy of the deadline, we all know what happened. Neil Armstrong stepped off the space shuttle and took his famous lunar walk.

Why is it that we were able to succeed in landing a man on the moon, but you and I can’t seem to keep small goals like our New Year’s Resolutions for more than a couple weeks?

It has to do with effective goal setting, and today we’re exploring how to implement it in your business. 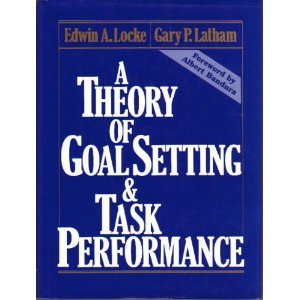 If you want to know anything about goals, you’ve first got to meet two guys by the names of Edwin Locke and Gary Latham. Both of them were psychologists and highly accomplished dudes, and both of them devoted many years of their lives to studying the ins and outs of how we set and accomplish goals.

It started in the 1960’s when they began researching how people performed under various goal-setting scenarios. Their work culminated in the 1990 ‘Theory of Goal Setting & Task Performance,’ a veritable bible on how to get big things accomplished in your life.

Through their many published bodies of work, Locke and Latham continuously emphasized a key tenet: for the best chance of being accomplished, a goal must be 1) specific and 2) challenging.

For example, saying “get at least 80% of the questions on the quiz right,” yielded better results than saying “get as many questions as possible right.”

In that 1990 work we mentioned above, they took it one step further and laid out five critical principles that provide a road map to setting and achieving goals effectively.

The Five Principles and How They Work in Your Business

For us to accomplish our goals, Locke and Latham say, we must first get super clear on what those goals are.

Not only should we specifically quantify what success means, we should also set a deadline for it.

Unclear: I want to increase revenue.

Clear: I want to increase revenues by 25% by December 31.

By setting clear goals with a specific deadline, everyone on the team knows exactly what they're working toward.

In order for us to stay motivated to achieve our goals, the goal can’t be too easy. It’s completely counterintuitive, but we’re actually more likely to work toward a goal that’s harder than one we know we can accomplish easily.

A long time ago, I had a boss who would take the sales goals sent down by corporate and bump them up by 20%. It would be harder to reach them, but we’d also be more likely to achieve corporate’s goal if we were striving for something even higher.

You can use the same system for challenging yourself and your team when goal-setting for your business.

This is probably the most obvious of the principles: you’re more likely to achieve a goal you’re committed to than one you don’t care about. In a team environment, this translates to getting your employees to buy into whatever it is you’re asking of them. 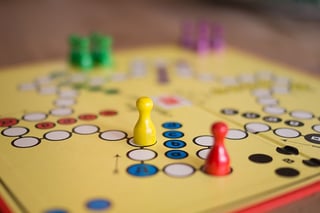 You might do this by involving them in the goal-setting process from the start, or by attaching a reward to the achievement of the goal.

Another way to maintain commitment is to break the larger objective up into several smaller achievable tasks. Each small achievement feels like a little victory and keeps your team feeling motivated to reach the next milestone.

31% of employees say unclear expectations are their biggest source of stress at work. Eliminate this stress from the path toward your goals by giving clear and frequent feedback to your team.

According to Locke and Latham, feedback helps you monitor your progress and make adjustments where necessary to get to your goal faster.

We talk more about giving your team clear feedback and expectations in this post.

Principle number five (complexity) is in a constant tug of war with principle two (challenge). If the task becomes too complex (AKA overwhelming), people are more likely to become disillusioned with the idea of working toward it and may even give up altogether.

You can keep task complexity in check by following principle four, feedback. Check in with your team regularly to make sure they’re not feeling swamped and have a system in place for offloading tasks that have become too big for one person to manage.

Do you have a system in place for setting goals with your team? Tell us about it by leaving a comment below!

Want more weekly insights on managing your team and running a profitable business? Subscribe below!

Entrepreneur and business expert Tony Robbins discusses how to set goals to break through limitations. Watch: