How To "Trade Up" Your Problems

“True happiness comes not when we get rid of all of our problems, but when we change our relationship to them.” -Richard Carlson, Don’t Sweat the Small Stuff

Someone gave me the unassuming little book Don’t Sweat The Small Stuff more than ten years ago. I’ve come back to it again and again through the years, each time learning some new nugget of wisdom that changes the way I look at some aspect of my life or career.

This latest “aha!” moment has to do with problems.

When he was alive, the book’s author, Richard Carlson, specialized in helping people reduce stress in their lives and become happier. He had a theory about problems: it’s not the problem itself that’s making us unhappy. It’s the way we view it. 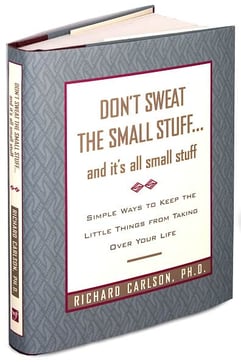 This theory is actually nothing new. It’s a teaching that has been passed on by Buddha and other great thinkers through the centuries, but Carlson has a great way of making it relevant for modern times.

If you think about it, everyone has problems. Glamorous celebrities go through messy divorces and custody battles. High-powered businessmen lose millions of dollars in a single day at the whim of the stock market. Even Kim Kardashian was robbed at gunpoint!

The people we typically think of as not having a care in the world aren’t free of problems, they just have a different set of issues than the rest of us. It’s not that hard to wrap your head around the fact that problems are part of life. So why are we always so floored when one comes our way?

Life gets a whole lot easier when we stop trying to avoid problems and instead start to expect them. The same can be said about running a business.

Expecting problems? Isn’t that kind of like hoping for the worst?

Well, not exactly. There’s an excellent passage from the book that goes into more detail on the idea of expecting problems; you can read it in its entirety here.

To summarize it, everything in this world breaks down eventually, from the computer you’re reading this on right now to the car you drive to work to the glass you’re drinking from. You don’t have to dwell on this, agonizing and waiting for things to break, but you can shift your awareness by acknowledging it.

And as Carlson explains, when the glass eventually does break, “rather than thinking, ‘Oh my God,’ you’ll find yourself thinking, ‘Ah, there it goes.’”

“Your biggest problem is you think you shouldn’t have them.” -Tony Robbins 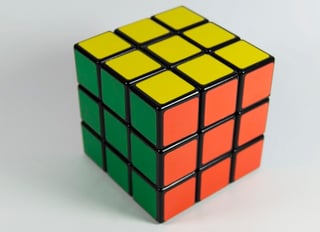 Personal development coach and author Tony Robbins takes this unconventional philosophy about problems one step further. Instead of working to get rid of our problems, he teaches, we should strive to “trade up” for a better set of problems.

To illustrate this, we can first look at an example involving various cultures of the world.

Take America, for example. What are some of the problems our country is most concerned with today? Affordable healthcare. Race relations. Climate change. Gender equality. The list goes on.

They’re serious problems, no doubt about it. But they’re also complex problems. As some political philosophers would reason, the advanced level of our problems also indicates an advanced society—one that has room to be concerned about “quality of life” over pure survival, like having enough food to avoid mass starvation.

In other words, in the grand scheme of cultures over time, America’s problems are “good” problems. (For more insights on this, the historical text Work and Life: A Study of the Social Problems of Today is a great reference).

The same line of thinking can apply to your business.

Think back to when you first start out as an entrepreneur. Maybe this applies to you right now, or perhaps it wasn’t too long ago.

When you’re just getting started, you’re doing everything yourself. You have to answer to your clients, your contractors, your service providers, your cable guy, and everyone else. You have about 1,000 balls in the air, and each one comes with its own set of problems.

But then, after a while of plugging away at building your business, you’re able to hire an employee or two. You can outsource some of your duties like accounting or HR, taking tedious work off your plate.

Now, instead of dealing with a problem every time the phone rings, you can focus on more complex problems like how to lead your business through a new phase of growth. As you scale your company little by little, your problems slowly increase in quality. They go from annoying and stressful to challenging and interesting.

Everyone has problems. So rather than wishing your problems would disappear, instead work to turn them into a better set of problems that’s more aligned with the business and life you want to have.

Research has repeatedly indicated that there are a few key qualities we can work to cultivate that make us better equipped to rise up and meet our problems. They involve what are known as the 3 C’s: Challenge, Commitment and Control.

First, researchers have shown that people who handle stress effectively expect a bit of a challenge from life. They accept that change and adversity are a normal part of living, and so approach life with their “game face” on.

The second characteristic is Commitment, or an overarching sense of purpose for doing what you’re doing. When you have a purpose in mind, scientists reason, it’s easier to stay committed to your goal when problems inevitably arise.

Finally, we have Control. This is the one Richard Carlson and Tony Robbins would both relate to most. It’s the belief that despite what happens, you are in control of how you react to the situation. Rather than feel victimized by their problems, resilient individuals believe they hold influence over the outcome of things based on how they act.

The people who are most aptly able to handle problems possess a strong combination of all 3 C’s—and lucky for us, all of them are traits we can work on, not just in business but in life!

For weekly entrepreneurial inspiration delivered to your inbox, subscribe to our blog.

Tony Robbins talks more about seeing every problem as an opportunity to learn.