How to Overcome Imposter Syndrome

I often feel it when I’m catching up with a friend I haven’t seen in a while.

She’ll be telling me about her latest accomplishments at work or in her personal life, and I’m pumped about everything she’s up to.

Maybe I just launched a new project that I’ve been super excited about. But when I start to talk about it out loud, it feels completely out of my league.

I sound crazy! a little voice in my head screams. No one will believe I can actually pull this off.

Then I feel completely deflated about whatever was exciting me just hours earlier.

I always thought this was just a weird quirk perpetuated by my own insecurities. Then I came across this article that explains the exact phenomenon I just described. And guess what? It has a name.

This weird feeling I and many others have experienced is called imposter syndrome. Identified by Pauline Clance and Suzanne Imes in 1978, it explains the phenomenon of feeling fake or phony, even though you’re highly qualified to be doing whatever it is you’re doing.

In their study of more than 150 professional women, Clance and Imes write:

Despite outstanding academic and professional accomplishments, women who experience the imposter phenomenon persist in believing that they are really not bright and have fooled anyone who thinks otherwise.

Their study focused specifically on females, but since the 70’s it’s been shown that imposter syndrome is likely experienced equally by men.

So, we know this much: plenty of people experience imposter syndrome, not the least of which are qualified, highly successful individuals. So how do we stop it from hindering our professional growth?

I’m no expert (is that imposter syndrome creeping up again?!) but I know what works for me. Here are three things I’ve found to help ward off the fraudster feelings.

You’re not that important

It might sound counterintuitive, but nothing puts things in perspective faster than remembering you’re just another human being on this gigantic spinning earth with 6 billion others.

To put it a little differently, most people are so concerned with their own lives and their own thoughts that they’re hardly worried about you and your qualifications. In the grand scheme of things, you’re just not that important.

In fact, if you think you are, you might be a narcissist. Social scientists have pointed out that there’s a fine line between being introspective and being narcissistic, and we often claim we’re the former when we’re really just being self-absorbed.

When you realize it’s a false assumption that everybody cares what you’re doing, it’s a lot easier to see things how they really are rather than how they appear in your head.

What is it about imposter syndrome that’s so daunting? Is it the fear that someone might laugh at us? Talks badly about us? That we might fail?

The hard truth is, all of these things are side effects of great success. It’s inevitable.

Think about any celebrity or public figure. Literally all of them—even the Pope!—have detractors and naysayers that pooh-pooh their every move.

And further, any successful person will tell you that failure is an unavoidable part of the journey to the top. Our best bet is to embrace it. 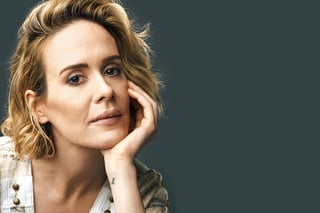 I loved this piece in GQ Magazine with actress Sarah Paulson of American Horror Story fame. She explains that she’s thankful to have had many failures early in her career because they’re what forced her to buckle down and earn her success. Being thankful for failures—can you imagine such a thing?!

Imposter syndrome vanishes pretty quickly when you remember that every successful person has failed miserably at some point along the way. If you need more proof, check out our post on four entrepreneurs who hit rock bottom and still managed to climb their way to the top.

Talk yourself off the ledge

Sometimes there’s no other way but to physically tell imposter syndrome to get lost. Once you understand what it is and learn to recognize it when it’s happening, you can consciously turn your thinking around.

Ever heard of that study about how physically smiling puts you in a better mood, even if the smile is fake? Your thoughts work the same way.

Simply telling yourself “this is all in my head. I’m psyching myself out over nothing,” can ward off the bad mental energy, even if you don’t truly believe those words at the time. Mind over matter, you know?

I think it’s important to point out that imposter syndrome isn’t a clinical psychological disorder, so experiencing it in moderation isn’t grounds for running out to find a shrink. It’s estimated that 70% of people experience the phenomenon at one point or another, and that the more successful you are, the more likely it is to strike.

That’s a funny thing about imposter syndrome—if you feel it, you’re actually in good company. That alone can be enough to stop it from taking its toll.

Want more insights on life as an entrepreneur and actionable steps for making your business more profitable? Subscribe to our newsletter below.

Scoping Out the Competition Without Getting Paralyzed