How To Deal With Copycats 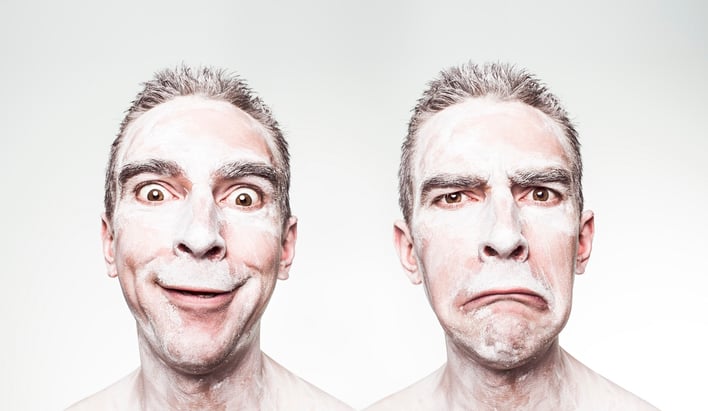 You’ve spent weeks working on your great idea. Maybe it’s a new product or a blog post or an infographic. You’ve put time, energy and effort into executing it, and finally you pull the trigger and send it out into the world.

The feedback is awesome (yeah!). People seem to love what you created. In fact, some people love it so much that they blatantly copy it. What the…?!?

You’ve been struck by a business copycat, and chances are this won’t be the last time. We’ll share some tips for what to do next shortly (including a true copycat story that happened to me), but first, let’s take a closer look at the motivations and implications of imitation.

More Than a Compliment

They say imitation is the sincerest form of flattery. Even as a kid, I always hated that maxim. Get your own dang ideas!

But in the business world, it definitely rings true. If someone’s copying you, it’s more than just a compliment; it means you’re onto something. Your idea was so good someone else thought it would be profitable—and as much as that sucks, there’s no better proof of your concept’s potential.

Copycats can be used to your advantage, for example if you’re working to raise capital and need to convince investors your idea is sound.

There’s another inherent advantage of someone copying your work: it forces you to work even harder and smarter. Argue as you will whether that’s a good or bad thing, but at least in America, it’s one of the driving factors of our economy.

Dating way back to Adam Smith and his ‘Invisible Hand’ theory in the 1700’s, our economy has been governed by two things: self-interest and competition. Self-interest is largely what drives organizations to enter the marketplace, while competition is what regulates the marketplace and (ideally) keeps it free from price gouging and corruption.

Competition forces us to innovate. After all, ideas on their own aren’t worth anything. It’s the person who executes them best that will ultimately prevail.

Fair? Well, maybe or maybe not. But it’s the way of the marketplace we entrepreneurs must operate in, so it’s a concept we must adapt to or be left behind. Wherever there’s business, there will be copycats. 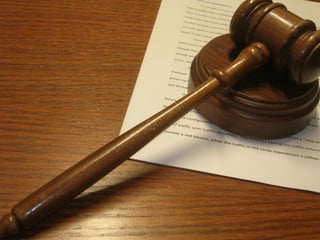 When you’re struck by a copycat, it can be tempting to go for the jugular. Believe me, I’ve been there. But that’s not always your best move.

I remember the first time someone copied my work. I had written a series of articles for an educational institution, and there was a guy I had interacted with briefly in my research for the pieces. I submitted the articles for publishing, sent the finished product around to a few people, and went on my way.

It wasn’t until months later that I got one of those little alerts on LinkedIn letting me know that the guy I mentioned—the one I worked with briefly on the project—had viewed my profile.

Hmm, I thought. I wonder what he’s up to. Perhaps he was considering me for a project? I clicked over to view his profile.

I skimmed down his LinkedIn page, not really reading it closely, until something caught my eye. It was the section where you can upload or link to examples of your work, and I recognized the headline immediately. It was my headline, of one of the articles I’d written a few months prior.

I clicked through to view his whole portfolio, and sure enough, there was the article, along with several others I’d written. He’d been so bold as to copy and paste them into a PDF, removing my name from the byline and adding his name instead.

I couldn’t believe it. I was simultaneously furious and in disbelief. How could he think he’d actually get away with passing of my work as his own?

At the advice of a close colleague, I took a step back and thought over the best way to respond.

In a copycat scenario, there are three main courses of action you can take:

This is the best route to go when the person copying you isn’t a threat, when their copying isn’t doing you any damage or it’d be a waste of your time trying to pursue them.

An example might be if someone reposts a graphic you made on social media without your permission. Annoying? Yes. Malicious? Probably not, and likely not worth the time it’d take you to track down the person and get them to do something about it.

Move along and take better measures to protect your work in the future, like using your logo or a watermark on pieces of design work.

When it’s a single individual stealing your idea and it’s pretty obvious they did it intentionally, sending them a cordial but pointed email is often enough to resolve the situation. Point out that you’ve noticed they’re using your work and give clear instructions for the action you’d like them to take.

Do you want material removed from their website? Are you looking for a link back to your site or a tag giving credit on social media? Whatever it is, ask for it and let them know you won’t take any further action if they comply with your request in a timely manner.

Sometimes, it is necessary to take legal action with a copycat. This might include someone profiting financially from your work or infringing on your trademark.

Unfortunately, it’s a long, hard and expensive road to take a copycat to court and win. You’ll have to prove a lot of things, including that you were the original creator of the work, that the other party knowingly stole it from you, and that what they’re using is actually a close enough copy of your work to justify damages (simply having your idea copied is rarely enough).

Even if you can prove these things, it might not amount to much (remember the movie The Social Network?). As the Small Business Administration points out, you may need to have had a copyright, patent, trademark or some combination of the three to legally protect your work, and even these aren’t catch-alls for stopping copycats.

In most cases, legal action should be your last resort.

So which did I choose in responding to my copycat? I wavered between number 1 and 2, but I eventually decided to contact him. My reasoning was that if, in the rare circumstance a prospective client viewed both my profile and his, it could come across that I had copied the work.

I reached out with a professional but strongly worded email, and in less than an hour I heard back. He blamed the “mistake” on his assistant (yeah, right), but promptly took the stolen pieces down. Mission accomplished.

Dealing with copycats is never fun, but it’s part of the cost of doing business. By remaining professional, taking measures to protect your work and above all else, focusing on delivering the best possible version of your product, copycats will eventually be seen for what they are: wannabes, while you gain proper recognition for your work.

Have you ever dealt with a copycat? Leave a comment and tell us how it went down!

Gain weekly insights to build your best business! Subscribe to our newsletter below.

Scoping Out The Competition Without Getting Paralyzed