Americans in general are known as workaholics, and the stereotype is about 100 times worse when you’re an entrepreneur. After all, the more hours you put in, the more you can get done and the more money you’ll make, right?

Not necessarily. In fact, the very opposite may be true.

So this week we’re asking the tough question: how many hours should you REALLY be working as an entrepreneur?

At the time of this post, the hashtag #nevernotworking had been used some 179,000 times on Instagram. These days it’s practically viewed as admirable to be working around the clock!

The fact is that Americans work more than any other country in the industrialized world, and our disparity with other nations increases more every year.

According to a Gallup poll, the average American full-time worker reported working an average of 47 hours per week, and nearly 40% of people surveyed said they work 50 hours a week or more. What’s more, these numbers represent a staggering increase—about a month more of working time per year—than the average American workweek in the 70’s.

We’re a culture built on hard work, no doubt about it. But do our long hours really amount to greater productivity?

The Concept of Diminishing Returns

The thing is, all those hours spent grinding away actually don’t make us more productive, at least not after a certain point.

But wait! you object as you pick your tired head up off your keyboard, reaching for your sixth cup of coffee. That can’t be true!

My friends, it is true, and there are numerous studies to prove it. It all revolves around the concept of diminishing returns.

The law of diminishing returns is a common economic principle that’s typically applied when scaling an operation. As the law says, there comes a point where dedicating more resources to a task does not yield a proportionate result.

Take an assembly line, for example. Let’s say you normally have five workers on it. By adding five more workers, you could probably make more products each hour and in turn, see a proportionate growth in revenue. 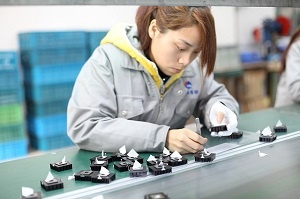 But let’s say you added 100 workers to the same assembly line. They’d begin to get in one another’s way, and many would be standing around waiting to do their piece of the task. At that point, you’d no longer be getting the same return for each new worker added to the line as you did in the beginning. Your returns have diminished.

The same thing is true for the number of hours we work, only the resource here isn’t workers on an assembly line; it’s brain power.

As workers take on more hours, studies show they become more stressed, sleep-deprived, memory-impaired and even more prone to serious conditions like alcoholism.

All of these things are obviously bad for an individual’s well-being, but they also end up costing a company money in the long term. Sick days, turnover and increased costs of health insurance are all factors that come into play.

Just how much do these negative consequences of long hours cost companies in terms of lost productivity? Well, there’s actually a mathematical equation to tell us.

The formula outlined here can be used to show how after a certain point, increasing working hours can not only slow productivity, but reverse. For example, in certain situations employees working 60 hours per week may actually be less productive than those working 40 hours per week.

After reviewing the research above, we can probably all agree that it’s ineffective to work somrthing like 100 hours per week. But as entrepreneurs, it’s usually not feasible to work a 20 or 30 hour week, either.

It started after the industrial revolution, when labor-based companies began experimenting with reduced working hours (at the time, 10+ hour workdays were the norm). What they found shocked them: when they set a ten-hour workday cap, employee productivity increased.

Then, in 1914, automotive industry visionary Henry Ford took an unprecedented step. He cut his employee workday to just eight hours. It worked so well to increase productivity and worker well-being that it became a national mandate soon after as part of the New Deal.

Despite all of this, when you run a business, clocking in at 9 and out at 5 can be nearly impossible some days, and that’s okay. Researchers have studied this and found the “magic number” for maximum productivity is actually more of a ballpark range—and it allows for up to 50 hours of work per week.

When you start to surpass 50, though, that’s when the scale starts to tip in the other direction, making no difference on your overall productivity and in some cases, hindering you more than helping.

So after much research and considering the viewpoints of experts, we have our answer: ideally, you should be working between 40 and 50 hours per week for maximum efficiency and your own happiness.

Are you within this range? Leave us a comment and tell us how your week stacks up!

Get weekly posts specifically for entrepreneurs! Subscribe and never miss an update.

D News explores how to identify when to work and when to not work for optimum work-life balance.