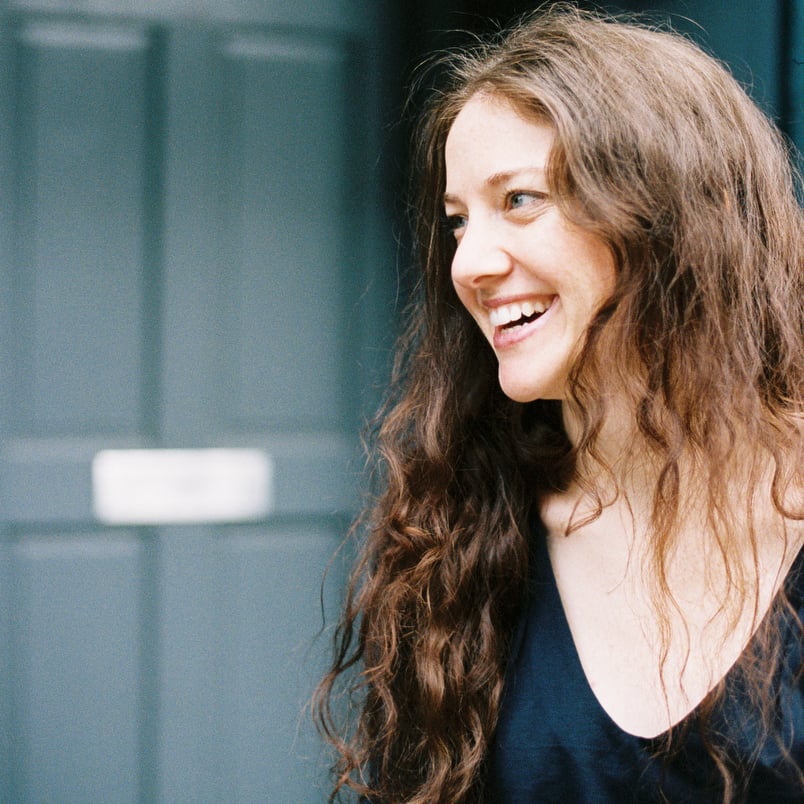 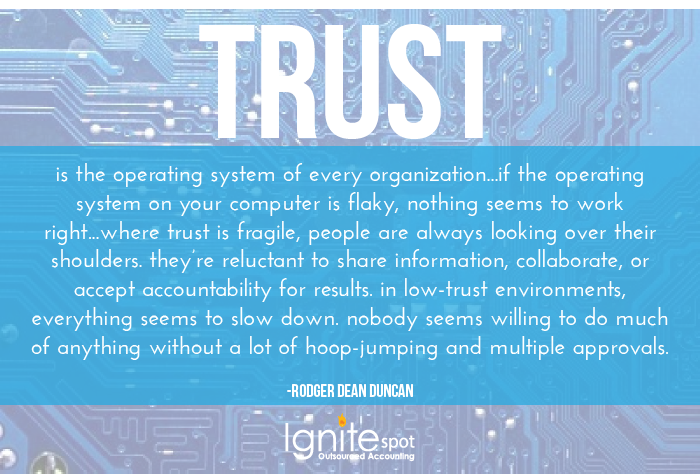 We're so used to our computers and electronic devices giving us instant results. It feels good to Google something and get an immediate answer, right? We're also extremely dependent in our offices on well-running equipment and software. How many of us have worked in an office that hands you a laptop from five years ago, and you groan deep down inside because you know that this out-dated laptop will be the death of your internet-age attention span. You know it's going to take 6 seconds to load a page rather than 0.8 seconds to load a page. You will lose your mind, and eventually have an Office Space moment that involves a baseball bat and some serious rage.

So you vow never to use an outdated piece of equipment again. It costs you time and peace of mind. You invest in the most up-to-date computers and software for your energetic and innovative team. You're ready to go...or are you?

Nope.
You've got to actively cultivate trust in your workplace. And, as the leader, you are the first person who needs to hand out trust to everyone that effects your business, internally and externally.
Here's 9 attributes to take your pulse on, and you can start cultivating trust today to get your people sharing more, collaborating more, and producing the results that will take your business to the next level of profitability:

This one seems obvious, right? If you want trust in your office, you have to start by actually trusting your employees, board members, vendors and customers.

Psychology Today's Nan S. Russell writes about the 7 New Realities About Trust Every Supervisor Should Know. She argues that

As the leader of a company or a team, it can be hard to let go of control. Just like parents have a hard time letting their children help around the house because it would be much faster and easier to do it themselves, it's tough for experienced leaders to hand over complete trust to those with less experience.

You've got to let go, and just trust the people you've hired. They will definitely make mistakes. Count on it. But, the more you trust them the more they'll be willing to trust you back and will engage the resources around them to help them succeed...and, ultimately, you'll succeed.

Most people don't trust strangers. As the leader of your team, you need to practice more self-disclosure about both your business goals and even a bit of your personal life. Be careful not to over-disclose the personal stuff--no one wants to know about that fight your had with your sister-in-law over the weekend. But your employees need to know that you're a human being with family, hobbies and interests outside of the workplace.

Lynn Offerman points out that

Not only should you be transparent about some of your personal life, but it's important to be open and honest about your intentions in the workplace. If you want to lead and influence others, Linda Hill argues that

Barbara Brooks Kimmel researches trust, and she has found that

Here are some questions that Kimmel suggests you ask yourself: 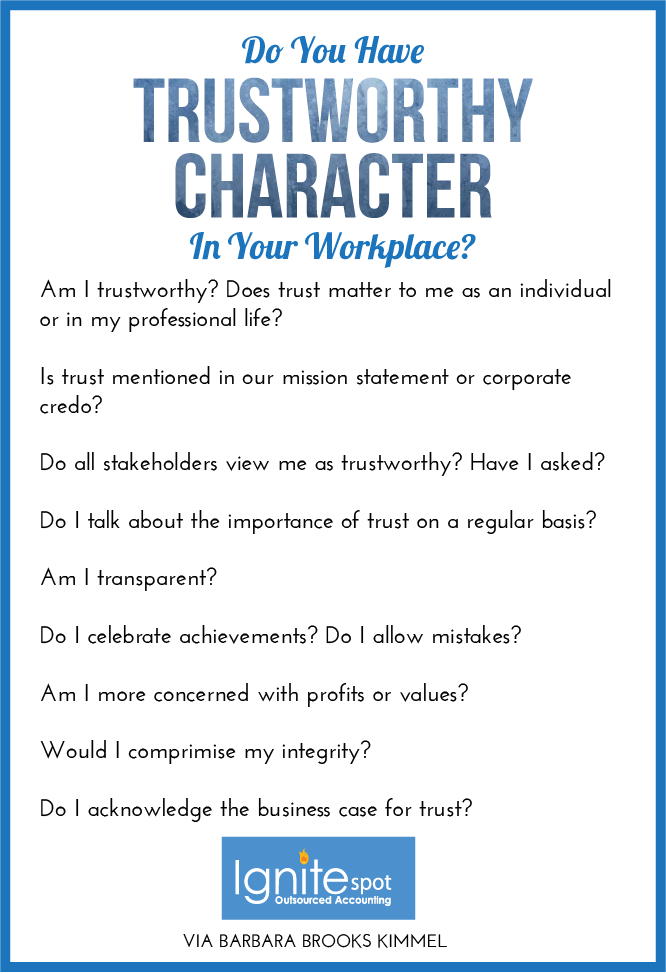 Trust just doesn't happen. Rather than wait around for a trust crisis, Kimmel also gives a strong critique that

Putting out fires is an outdated and ineffective process. Make sure your eyes are wide open, and trust is abundant so you can see what's coming before it's too late.

Make sure your company values are clearly articulated. They should be so well-known among all stakeholders in the company to the point where they are internalized, and no one has to think twice about what values are behind the profitability of your company.

Unfortunately it's not enough just look like you know what you're doing...

If you can't do your job well, who is going to trust you? We've all been in a position where we've questioned our boss's ability to understand complex problems and solve them in an effecient and smart way. Don't be that guy who everyone secretly rolls there eyes at. Make sure you know what you're doing, and if you don't know what you're doing, admit it and get some help from someone else on the team--that's why you have a team.

Dorie Clark believes that performance competence is a key ingredient of a recipe for success:

If you and your team are competent, things will get done when they're expected to get done. Yes, there will be exceptions--but they should be exceptions, not the norm.

It's hard to trust someone who doesn't speak up much--they're so mysterious and you never know what they're thinking. It's a bit unnerving, and definitely effects people's ability to trust. You can't be a stranger in your office, and don't be a stranger to your customers either. How can you gain the trust of potential customers and broaden your reputation as a trustworthy company or brand? John Bernoff asks

Why do people trust strangers?
They don't, not as individuals. But they do in groups. Strangers are assumed not to have an axe to grind. If 100 people on eBags say a laptop bag is great, then it is great. If they say it’s inferior, then it is inferior. Regardless of what a so-called "expert" might say.

He also warns against shutting up the nay-sayers

What if your customers don’t like you? Shutting them up is not an option. My only useful case study for this is Dell, which (1) started to seek out bloggers who were complaining and solved their problems to make them happier and (2) actually improved their customer service. That’s expensive. But if you’re in a cutthroat market it’s required.

Perspective is key in knowing where trust is lacking, and how you can build or repair trust to create a more productive and profitable team.

Michele Williams, an organizational behavior professor at Cornell University, researches trust in the workplace. She found that "perspective takers" are most effective at gaining the trust of their peers.

To gain perspective you have to be alert and willing to ask questions. Every day.

And, finally, keep things positive. It's hard to trust someone when you feel that every interaction is going to be a harsh critique. Be nice, alright? It's your job to capitalize on what's going right. That's how a foundation for a profitable company is built.

Nan Russell reminds us that

Look for what's going right, vocalize it and point it out, and build on it.

It's profitable to invest in trust in your workplace. Just like you invest in hardware and software to make sure things run smoothly, you've got to take the time and effort to invest in trust levels where you work--or people will stop collaborating, sharing, and innovating.
Still don't trust us? Here's 10 Benefits of Being Trustworthy as listed by Barbara Brooks Kimmel: 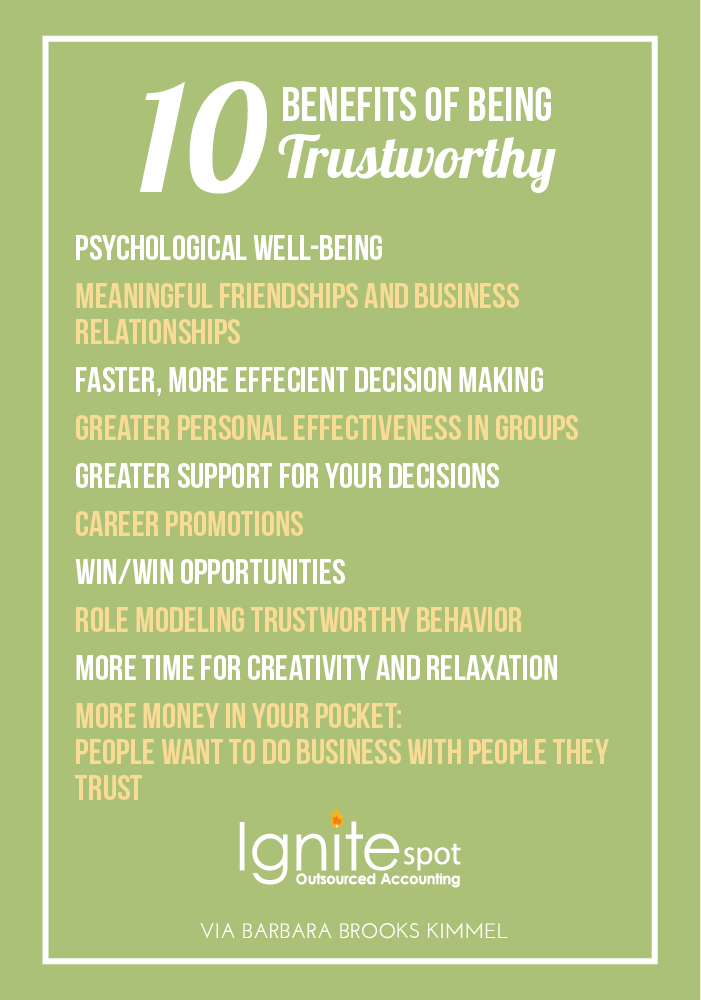 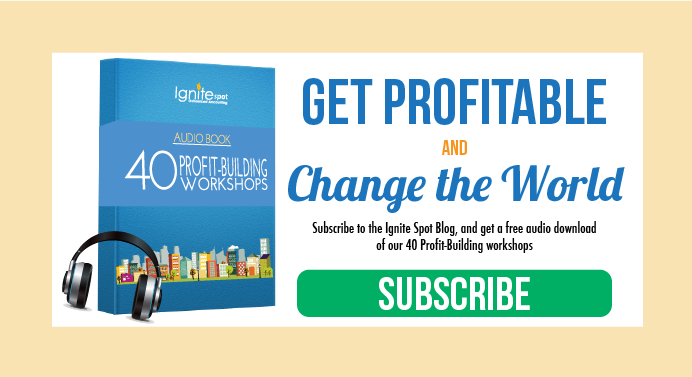 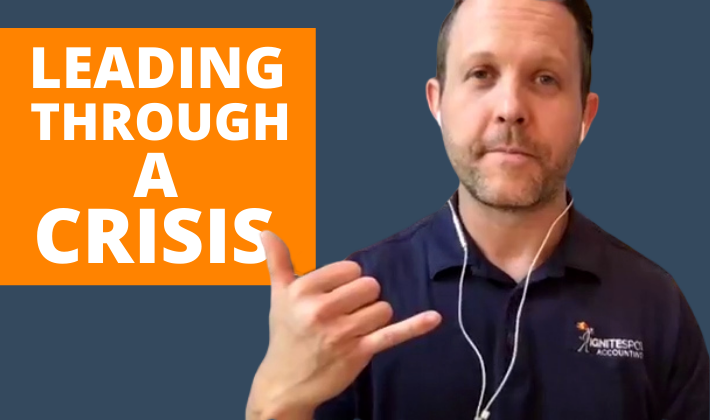