Try This One Trick To Become A Public Speaking Pro 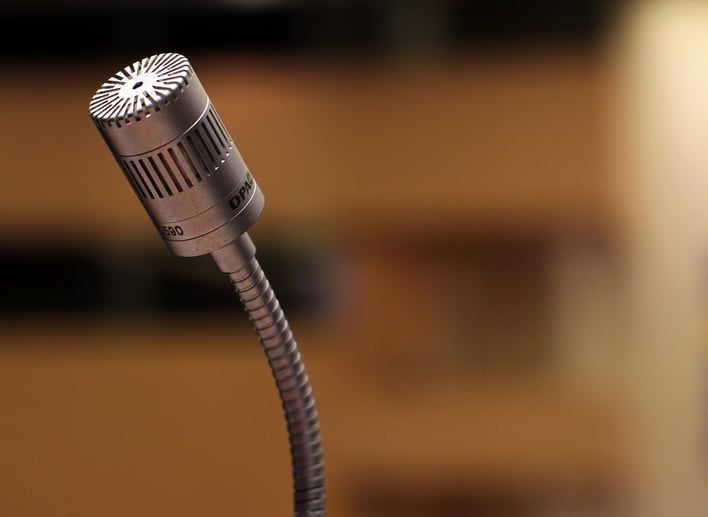 Want to get over your fear of public speaking? I’m not going to tell you to picture the audience in their underwear.

While that advice is probably meant to ease your nerves and remind you that we’re all on the same playing field, I’ve never quite understood its merits. On one hand, it’d be quite distracting. And on the other, the majority of the people in any given audience definitely look better with their clothes on!

But enough about scantily clad speech attendees. Want to know the real trick to becoming a polished public speaker? Do it as often as possible.

Depending on your profession, you probably only have to speak in public—as in, to an audience of more than just your immediate team—a handful of times a year. It’s no wonder that so many of us are terrible at public speaking, not to mention terrified of it! How could you possibly get good at anything you only do every six months?

Yet being a good or even an okay public speaker comes with many merits: it’s associated with better job opportunities, improved memory of subject matter, and more effective communication skills. And if you get good at it, giving public speeches and lectures can be a true springboard for your career.

The key to becoming a public speaking pro is to get behind the mic again, and again, and again. Seek out opportunities, both large and small, to put yourself in the spotlight in front of a crowd. It may be uncomfortable, but it works. 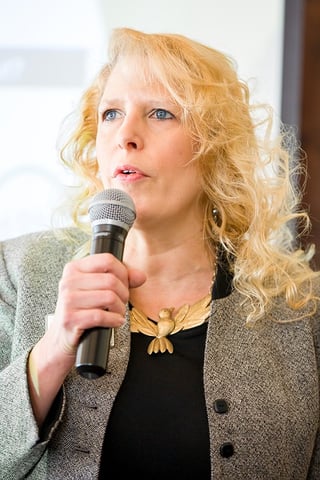 Public speaking doesn’t have to mean giving a commencement speech or a keynote address. In fact, without significant speaking experience under your belt, you probably wouldn’t land one of those gigs anyway.

Instead, start with the small potatoes.

Toastmasters is an excellent first step. It’s a national network of local clubs designed to help professionals get better at public speaking in a small group setting.

Each club holds regular meetings where its members each give short talks on diverse prompts, like “when was the last time you tried something new?” or “what’s the funniest thing that ever happened to you?” It’s not only a great setting to get your feet wet with giving speeches, but to make some valuable business connections, as well.

Start to look for opportunities—even the unconventional ones—where you can sneak in practice speaking in front of a crowd.

Going to a work-related conference? Ask your boss if you can put together a presentation on what you learned and present it to your department upon your return. Active in your church? Step up to lead a worship group.

Here’s another secret for covertly honing your oratory technique: pretty much any group that meets on a regular basis will always be looking for speakers to come and present to their members. A few ideas include:

This will be one of the most uncomfortable parts, perhaps second only to getting up there on stage in the first place: watching yourself speak on camera for the first time.

It can feel awkward, but being able to review your performance is important for many reasons.

First and foremost, you’ll often be surprised that the “flubs” you felt when you were up there speaking are hardly noticeable to the audience.

Second, watching a playback of your speech can help you identify areas for improvement (like your subconscious habit of saying “uh,” when you’re glancing down at your notes). It also allows you to track your progress as you get better and better at it.

Finally, having videos of your previous public speaking experience will come in very handy when you’re ready to make the leap into more serious—and even paid—speaking engagements. Yep, we said paid. Professional speakers can easily net thousands or even tens of thousands of dollars for a single engagement.

Once you start feeling confident in front of a crowd, enlist a friend or colleague to record a clear, full-length video of your speech you can use as resume material to land future speaking opportunities.

Remember, no one is born a great public speaker. Like any other skill, it takes practice and persistence to get good at.

Would you believe a self-professed wallflower is one of the most popular speakers ever? Check out these public speaking tips from Simon Sinek, who’s given one of the most-watched TED Talks of all time.

From public speaking to profit margins, get weekly tips for becoming a better entrepreneur delivered to your inbox!

Win Over Prospects With An Irresistible Elevator Pitch

9 Business "Rules" You Should Break As An Entrepreneur