To Be A Powerful Entrepreneur, Cultivate These 6 Mental Habits 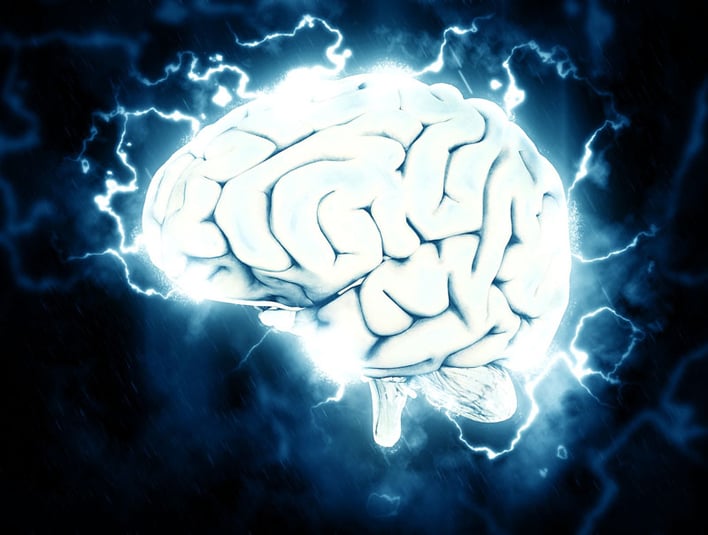 If you can dream it, you can do it.

They’re sayings you’ve heard over and over again, and they all have one thing in common: the power of a determined mind.

Human beings (and entrepreneurs in particular) can do amazing things when they set their minds to it. And yet mental habits are often overlooked in favor of the more obvious physical habits like getting enough sleep and exercising regularly.

Our mental wellbeing is just as important, if not more so, than our physical well-being; mental health goes hand in hand with good quality of life, sound decision making and strong relationships, all of which are important to be a powerful entrepreneur. But your mental habits aren’t something you can just change at the drop of a hat. If you’re a ‘glass half empty’ type of person, you can’t just wake up one morning and suddenly be an optimist. If you’re not inclined to take risks, you probably won’t go jump out of an airplane tomorrow.

Real change comes not from dramatic, overnight shifts, but from making small changes to your daily perspective that you turn into habits over time. Research has proven that a habit-based approach to changing behaviors is more effective than going cold turkey, from weight loss to quitting bad habits and more.

To be a powerful, effective entrepreneur, adopt these six mental habits shared by the most successful individuals.

1. Giving Up The Illusion Of Control

There’s only one thing in the world you’re completely in control of, and that’s how you respond to a situation. You can prepare until you’re blue in the face, do everything right and still fail.

Just look at Microsoft’s Windows 8. One of the most-hyped operating systems ever, it promised to do everything for everyone with a radical new app-style interface and the ability to work seamlessly across desktop, laptop and tablet devices. Microsoft invested several years and countless man-hours on its development. In theory, it should have been a smash hit. But when Windows 8 debuted in 2012, the unbelievable happened: users found it to be a total dud. Sales slumped.

Despite all the preparation by one of the biggest technology companies in the world, Microsoft still couldn’t control the public response to Windows 8. In the same way, you can’t control what your customers do today or five years into the future. You can’t control how your employees behave. What you can control is your own mental response and reaction, and powerful entrepreneurs embrace this.

By giving up the illusion that you’re in control of anything, you position yourself to be able to respond quickly and purposefully in the face of setbacks. 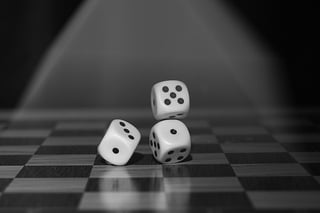 Nothing worth having comes without a bit of risk, and the biggest gains involve taking some of the biggest chances. The most accomplished entrepreneurs are those who are comfortable with risk and the uncertainty it brings.

Unfortunately, dealing with uncertainty goes against our very nature. We’re hard-wired to hate it. In fact, not knowing the outcome is even more stressful on humans than knowing something bad is about to happen.

In a fascinating study, researchers monitored individuals as they turned over rocks, some of which had a snake underneath them (yes, I think we can all agree this sounds like an absolutely terrible study to be part of). Anyway, if a snake was found under the rock, the participant was given an electric shock.

As you might imagine, the study participants tried their best to turn over snake-free rocks, watching for signs that one might be underneath and trying to uncover patterns in the snakes’ behavior. Researchers, though, didn’t let that happen; they used a complex mathematical formula to manipulate the outcomes, testing different levels of uncertainty with the results.

They found that while getting shocked was stressful, the most stressful part for participants was when the uncertainty level was highest—a 50/50 chance of finding a snake. Their skin became sweaty, their pupils dilated, and they reported peak levels of stress. It wasn’t the snake or the shock, but the not knowing that affected them most.

Uncertainty doesn’t feel good, but it’s an inherent part of being a profitable entrepreneur. Get comfortable with uncertainty and with waiting for an outcome. When in doubt, refer back to number one and remember though you can’t control the situation, you can always control your response.

Related: What To Do When You’re Playing The Waiting Game

3. Knowing What You Don’t Know

“To know what you know and what you do not know, that is true knowledge.” -Confucius

A great leader knows his strengths and capitalizes on them. A great leader also knows his weaknesses, especially when it comes to knowledge. If you’re a tech nerd at heart, why try to become an all-star marketing guru when you could hire a true expert to handle that side of the business for you?

A powerful entrepreneur doesn’t pretend to know things when she actually doesn’t. Instead, she seeks out someone who’s smarter in that area and builds a team that complements her strengths and fills in the gaps elsewhere.

Your finances are one area where this is of particular importance. You might not be a numbers person, but somebody in your business needs to be or else you’ll quickly see some alarming figures in your ledger. Ignite Spot offers virtual CFO services for those who want a done-for-you approach to your business’ finances. We also offer dedicated CFO coaching to help you take the lead in improving your profits by 10% or more.

Learn more about growing your profits with CFO coaching from Ignite Spot now!

This mental habit is a hard one to teach. For most great entrepreneurs, it’s coded into their DNA: they love the game more than they love winning. In other words, it’s less about the profits and more about the process.

To be a powerful entrepreneur, you have to be focused on more than just the money. It’s fine if money is a motivator—we all want financial freedom! But it shouldn’t be the only motivator. Build a business where you love the process and you’ll instantly remove the need to control the outcome of everything you do.

A funny thing happens when you focus on the process. You get more done. You do more meaningful work and less of work that just fills time. You find a niche where you’re able to make a true impact, and that’s where the money lies. Chase a process you love and the money will come.

The act of being present—also known as mindfulness—is one of the most powerful mental habits you can cultivate. Simply put, it means taking an active focus on the here and now and letting thoughts about the past and future slip away. Some scholars describe is as being “fully awake” to our present circumstances.

Here’s an exercise in mindfulness. What kind of chair are you sitting on? Is it comfortable? Rigid? What’s the background noise in the room around you? Is there music playing? Ambient noise? Take a moment to notice what it sounds like.

When you’re in a conversation with someone, being present goes a step further. Try to drop those thoughts about the phone call you need to make or what you’ll have for dinner. Focus solely on what the other person is saying. Look into their eyes and notice their facial expressions.

If you’re new to mindfulness it may sounds like a whole lot of hippy-dippy hogwash, but it actually has significant mental benefits. Psychologists have found that practicing mindfulness on a regular basis contributes to clearer thinking and more pointed decision making. It also facilitates self-determination, which is the term for the pursuit of behaviors that are congruent with our specific needs, values, and interests. Being mindful helps keep us on track toward what’s really important, and nowhere is that more useful than in running a business.

The most powerful entrepreneurs are incredibly comfortable being uncomfortable.

This doesn’t mean you should go out and buy a bed of nails to sleep on. We’re talking about mentally uncomfortable experiences, like situations where you’re doing something for the first time that you might totally fail at. Successful entrepreneurs thrive on these experiences.

You’ll never grow beyond your boundaries if you don’t push them every once in a while, and the more you push them the more you’ll grow.

Cultivate the habit of being comfortable with discomfort by doing one thing every day that freaks you out. Talk to a stranger in line. Call up someone you admire and ask for their advice. The more you do these things, the more commonplace they’ll become.

Mental habits are just one piece of the puzzle to running a profitble business. Solid financial habits are the foundation upon which a successful business is built! Learn more about improving your profitability with CFO Services from Ignite Spot by clicking the button below.

Mental Toughness Isn't What You Think