Should Your Company Take a Political Stance? 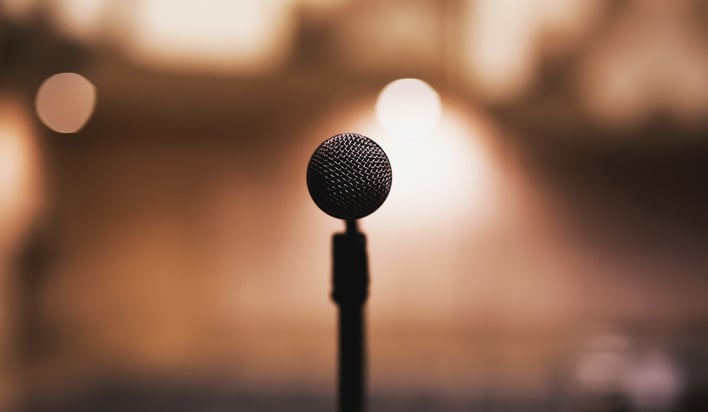 In today’s high-stakes political climate, entrepreneurs are navigating uncharted waters. From Lyft’s $1 million pledge to the ACLU to Chik-Fil-A’s stance against same-sex marriage, companies are making their voices heard on controversial issues more than ever before.

Should your business step up to the podium and take a stance?

It’s a rocky road to navigate and there’s no universally right or wrong answer. Taking a political stance publicly is a decision each business owner must weigh carefully, considering customers, stakeholders, employees and company principles, among other countless factors.

If you’re thinking about making a political statement as a brand, we’ll discuss a few of the most important things to consider. But first, let’s look at the current relationship between business and politics to get a better understanding of how customers feel about the whole thing. 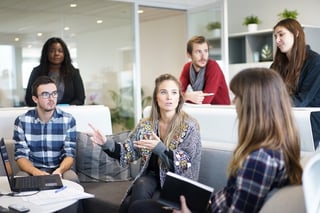 For the past four years, the Global Strategy Group has been measuring Americans’ views on business and politics. Namely, do they mix? And how do Americans feel about companies getting involved politically?

What they’ve found is a steady and definitive trend toward a greater acceptance of brands taking a stand. More and more Americans see companies more like individuals, expecting brands to have their own political identities and sets of beliefs.

The group’s latest study out in January 2017 found that 81% of Americans believe corporations should take action to address important issues facing society. That’s an increase of 9% from when the study was started four years ago.

What’s more, the concept of ‘social entrepreneurship’ has gone mainstream. 88% of people now believe corporations have the power to influence social change.

The issues themselves matter, too. Consumers are more accepting of companies taking a stance on issues that affect the company directly, like minimum wage, pay equality, industry-specific issues and economics. Acceptance is lowest on more polarizing social issues, like abortion and marijuana legalization.

So is a political stance right for your business? Here are some of the most important factors to weigh before issuing that press release or making that big donation.

It’s a Way to Make a Splash

While middle-of-the-road companies like Coca Cola and The Walt Disney Company tend to enjoy the highest favorability ratings, companies that take an extreme stand in one direction or the other tend to experience the highest awareness.

As the GSG’s 2016 study found, the most polarizing stances—say, on same-sex marriage or race relations—were likely to generate more awareness for the company than stances on less-polarizing issues like STEM education.

And of course, that makes perfect sense. People aren’t likely to notice you if you’re “taking a stand” on something most people already agree on. It’s the controversy people want to talk about.

However, getting some “buzz” isn’t a good reason to take a stand in and of itself, for the next reason on our list…

Your Actions Will Be Highly Scrutinized

If you’re taking a stance on a polarizing issue, do your company’s actions match your words? You must be willing to put your money where your mouth is or face the chance of heavy scrutiny.

For example, many businesses threatened to pull out of Indiana after the state passed the Religious Freedom Restoration Act, which opponents said targeted LGBT individuals, in 2016. Those same businesses, however, came under fire from critics for continuing to do business with other countries who routinely oppress the LGBT community. If it’s not okay in one instance, why is it okay in others?

When you take a stand, be prepared for the scrutiny that will follow and don’t be surprised if other business decisions you make or have previously made are called into question.

Taking a political stand is often a lose-lose situation because no matter which side you take, there’s a significant group of people that will feel alienated. If your views are strong enough, it may not make a difference.

This is where you’ll need to carefully consider your unique situation. Is the company strong enough financially to risk losing half of its customer base? What about important stakeholders, like investors and suppliers. And here’s a biggie: how will your decision affect employees?

Once you’ve made a stand it’s something that will live on the internet forever, so make certain it’s the responsible thing to do for your business before you act. 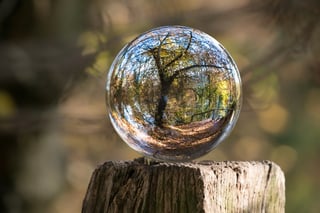 There’s a reason we see such heavy political involvement from companies in the tech sector like Uber and Google. Their ecosystem is largely young and progressive, two categories of people that are much more open to social change and the politicism of corporations than, say, the high-end automotive industry.

Your ecosystem outside your home country comes into play as well. We saw this in the recent controversy over whether Apple would unlock its iPhone to aid in an FBI investigation. Apple resisted, saying the move would violate its First Amendment—but it’s not just about the implications in the USA.

In China, the Apple’s second-largest market, officials have been pushing for greater control over technology security and encryption. If Apple were to cooperate with the U.S. government in this case, it could set a dangerous precedent for actions in China (and the company’s bottom line) down the road.

The point is, your actions don’t exist in a bubble. The ecosystem in which you operate as a company must be considered, as well.

If it’s social entrepreneurship or a lasting legacy you’re after, consider hitching your wagon to a broader cause rather than a specific piece of legislation or a candidate. Outdoor apparel brand Patagonia is a perfect example of a company that’s positioned itself as socially responsible rather than partisan.

Since its inception, the company has made the environment a core piece of its brand identity. So, it’s no surprise to either customers or stakeholders when leadership speaks out in support of environmental issues.

It’s not a stance that’s tied to one particular political issue or candidate; instead, it’s an overarching part of the brand’s mission (and less likely to alienate any one segment of customers).

You might do the same for a cause that’s close to your heart, be it the environment, education, women’s rights, or something else.

Get weekly updates on timely topics for entrepreneurs by subscribing to our blog!

911! Your Company Needs a Crisis Plan