How To Cultivate Your Curiosity 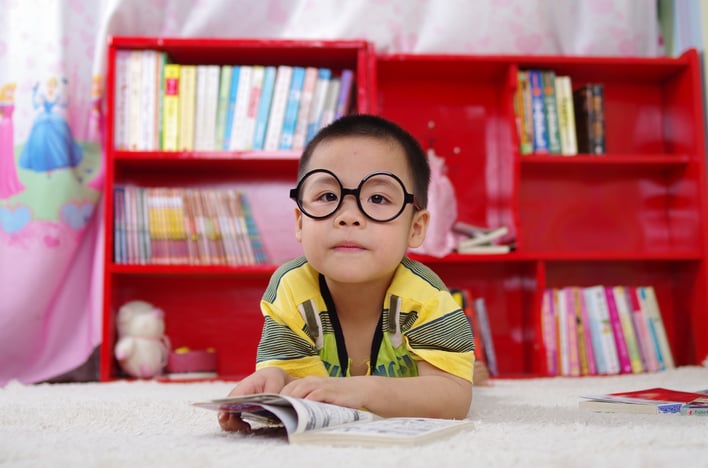 We’ve all watched a seemingly mischievous little boy or girl knock something off a tabletop, only to giggle with delight as it falls to the ground.

Children are naturally curious. It’s how they discover the world around them and develop into functioning adults. It’s also how they come up with such magnificent ideas.

We can take a lesson from kids in the curiosity department. It turns out, nurturing our inner sense of wonder may have some practical business implications.

Though society would have us “get our head out of the clouds” and get to work in the real world, research shows us that inquisitiveness is the natural state for humans.

In one study, researchers gave people boxes of clicky pens—those writing utensils that some people just love to fidget with during long meetings. Some pens had red stickers, indicating that clicking the pen would give the user an electric shock (if only we had these to pass out during our meetings!).

Other pens had green stickers, indicating they were safe to click, and a third set had yellow stickers, meaning a shock might or might not occur after clicking.

What do you think happened when the study participants were given the boxes of pens? Crazily enough, people clicked all three sets of pens. But they were much more likely to click the yellow pens than either the red or the green.

We humans just can’t help ourselves. We have to know what’s in Pandora’s box!

Curiosity may be a natural tendency, but it goes far beyond the potential of getting or not getting an electric shock. Having a curious mind may actually help you zero in on your goals.

Researchers in a 2016 study tested this theory by asking people to write about their most important goals in life. After writing about their goals, they were given a “mind wandering simulation”, AKA a basic cognitive task that took their mind off the goal-writing.

Then, once the task was complete, the participants were asked to once again write about their goals. Researchers found that after the min-wandering task, participants were able to describe their goals and the steps it would take to get there in more concrete detail than their previous writing session.

Researchers mirrored these results in another scenario swapping out the goal-writing portion of the experiment with watching TV programs and writing about them; likewise, people were able to more concretely describe the TV programs after the mind-wandering task.

The researchers concluded it’s likely that allowing our minds to wander triggers some mechanism in the brain that makes us better able to articulate and refine our thoughts, including important goals. 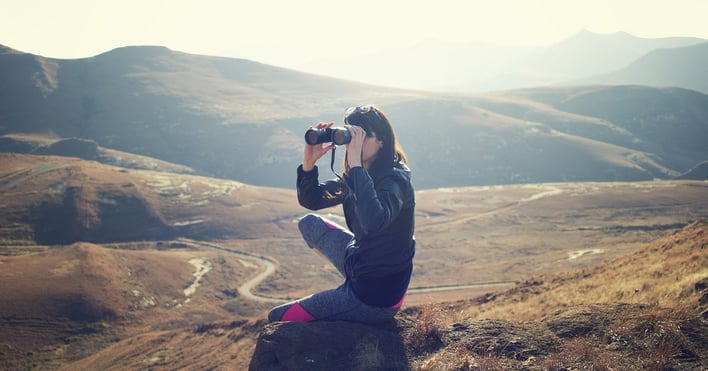 We typically think of curiosity as a character trait, like being funny or a good listener. Instead, the research we outlined above suggests we might do well to think of it more like a muscle, able to be strengthened through repeated use.

How can we strengthen our curiosity to breed clearer, more defined thinking? Try these three exercises.

Pencil It Into Your Schedule

Set aside ten minutes every day for intentional curious thought. This might mean tinkering with an old clock or reading an article on a topic you’re interested in just for fun.

Your hobbies are a great outlet for exercising your curiosity, but these ten-minute sessions don’t need to be as much of a commitment as your indoor soccer league or your weekly guitar lesson. Instead, feel free to dabble, exploring whatever topic or activity is on your mind at the moment.

Bonus: build this exercise into the 8 things you do before 8 AM and set yourself up for success all day long.

Maybe it was a bully who made fun of you for raising your hand or an instinct you picked up to avoid the wrath of your former boss. Whatever the reason, many of us have simply stopped asking questions.

Get your curiosity back by making a conscious effort to ask more who, what, where, why and how’s.

Journalist Warren Berger has built a career on asking insightful questions from some of the world’s most innovative thinkers and designers. He offers some excellent strategies for asking questions that spark breakthrough ideas in this book.

Get Comfortable Not Knowing

Perhaps one of the reasons we avoid being curious is because it’s uncomfortable. It’s human nature to want answers, and not having them leaves us with a sense of unfinished business.

Instead of approaching things like a puzzle, which has a definite answer, think of them more like a mystery, with endless solutions.

According to author and curiosity researcher Ian Leslie, “mysteries are murkier, less neat [than puzzles]. They pose questions that can’t be answered definitively, because the answers often depend on a highly complex and interrelated set of factors, both known and unknown.”

It’s while exploring those unknown factors that we often find our big breakthrough.

Want weekly news, tips and ideas for running a more profitable business? Subscribe to our newsletter below!

Entrepreneur ESP: The Impact of Intuition On Your Business

The Art of Creativity in Entrepreneurship