Another Cup Of Coffee: Helpful Or Harmful? 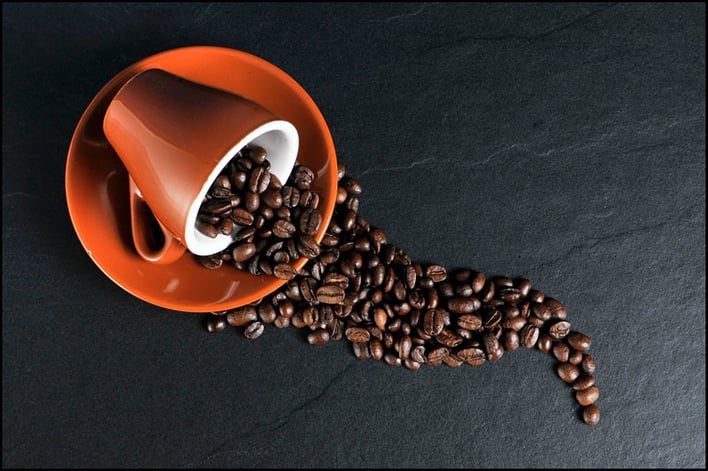 Your brain seems to shift into a lower gear and that empty corner of your office starts looking like an awfully tempting spot to stretch out for a five-minute snooze. But there’s work to be done, so you do what millions of professionals all over the world do every day: head to the break room for another cup of coffee.

But does having one more cup of the delicious caffeinated drink really help you out, or do more harm than good? As a moderately-addicted coffee drinker myself I was interested in the medically-backed answer, so I started doing a little digging. Here's what I found.

Let’s start with the good news, because it makes me feel better about my little caffeine habit: coffee comes with a whole bunch of nifty health benefits.

For starters, it’s very good for your liver. Researchers in Italy found that regular coffee drinkers were 40% less likely to develop liver cancer than their non-partaking counterparts. Another study showed that people who drank two or more cups of coffee per day were 66% less likely to die from liver cirrhosis.

Researchers believe there’s something about coffee than has a protective effect on the liver, and get this—even decaf will do the trick.

Coffee also does the rest of the body good; though it’s counterintuitive, it protects against heart attacks and in moderation (up to about three cups a day), it also helps lower your risk for premature death.

A cup of coffee has about two calories and, as long as you’re not loading it up with sugar, is generally a much more healthful choice than, say, a can of soda or even a glass of juice.

And finally, to round out the benefits, drinking coffee simply makes you happy. Relaxing with a cup of Joe feels good—there’s that—but it’s also been scientifically linked to helping people be more optimistic and have a lower suicide risk. 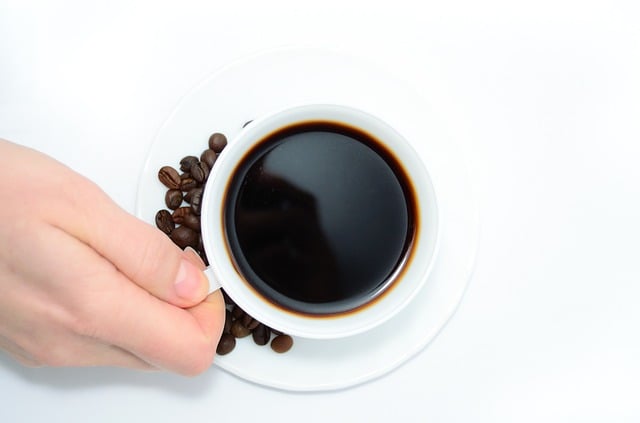 While I was tempted to stop right there and bask in the knowledge that my coffee drinking is actually good for my health, I had to soldier on, do my due diligence and look at the other side.

As it turns out, there are a few important downsides to being a coffee fanatic.

Number one should come as no surprise to any regular coffee drinker who’s accidentally had one cup too many: it can cause anxiety.

Caffeine in high doses can cause an elevated heart rate, sweating and feelings of unease—all symptoms of anxiety. The effects vary based on the individual, but for some people it can lead to an all-out panic attack. Y

Coffee, naturally, is also a sleep disruptor. Drink too much or indulge too late in the day and you’ll likely be tossing and turning for several hours before finally dozing off. This is no good because as we all know, it takes a good night of shut-eye to do your best work in the morning.

Finally, in the ‘con’ column, coffee may raise LDL—the so-called “bad” cholesterol that contributes to plaque buildup in the arteries and can lead to heart disease or stroke. So much for those heart-protective benefits we mentioned earlier, right?

It seems coffee has its equal share of both pros and cons, so what’s a coffee-loving business owner to do when the temptation to reach for another cup hits?

The Verdict: How Much Coffee Should You Drink?

If we look to the National Institutes of Health for guidance, we might be tempted to brew pot after caffeinated pot; the institution doesn’t label caffeine consumption as “excessive” until you’ve reached 10 cups (!) per day. But that seems like a lot, even for a coffee-lover like me.

In practice, coffee is best enjoyed in moderation. Doctors say to reap its health benefits and avoid the unwanted side effects, you should cap your java intake at around 400 mg of caffeine per day.

Author and nutritionist Frances Largeman-Roth, RDN shared the cut-off point in terms of cups with Prevention: “In general, the benefits…tend to be capped at five 8-ounce cups a day,” she said.

A study published in Mayo Clinic Proceedings has a similar outlook: researchers in that study found that among healthy adults under 55, those who drank more than a cumulative 28 cups per week (roughly four per day) saw a spike in mortality rates. That’s not something we want to see!

And there’s one more thing to consider before you head back to the coffee pot for a refill: the time. Regardless of how many cups you’ve had already, most experts agree that drinking coffee of the caffeinated variety after 2 p.m. will have unintended consequences when you try to get to bed later that night.

So I have my verdict: no more than four 8-ouce cups a day, before 2 p.m. if I can help it. Those are some guidelines I can certainly live with. What about you: how much coffee do you drink? Leave us a comment below and chime in!

For weekly posts on entrepreneurship and profitability, subscribe to our blog.

10 Entrepreneurial Advantages Of Sleeping In

The Power Of Vulnerability