7 Entrepreneurs Who Prove It’s Never Too Late To Start

We often hear about the Mark Zuckerbergs of the world—the entrepreneurial prodigies who strike it rich before they’re even old enough to legally rent a car.

And of course, young business leaders are something to celebrate. Just a few short decades ago, being an “entrepreneur” meant nothing more than being someone who was perpetually between jobs, always chasing some elusive pipe dream.

However, we think it’s equally important to celebrate those among us who didn’t catch the entrepreneurial bug right off the bat. Or, maybe they were busy honing their expertise in other areas that would serve them well in their business pursuits later on down the road.

In any case, it’s never too late to follow your entrepreneurship dream, and never has that been truer than the present time. To prove it, we’re taking a closer look at seven highly successful innovators and businesspeople who didn’t get their big break until a little later in the game of life.

Born in 1850, Flint was a New York University graduate who followed in his forefathers’ footsteps in the family shipping business. It wasn’t until 1911 at the age of 61 that Flint would consolidate four record-keeping companies to form the Computer-Tabulating-Recording Company.

Never heard of it? Well you’ve probably heard of the technology powerhouse it would later become: International Business Machines, better known to you and me as IBM.

It’s interesting to note that in the year the company was formed, the net profits of the four consolidated companies were a measly $950,000—nothing to write home about, even in those days.

But Flint’s long career of experience under his belt gave him vision to see the possibilities that lie in consolidating four similar, but distinct companies. As we all know, IBM would go on to become a household name with operations in 170 countries worldwide. 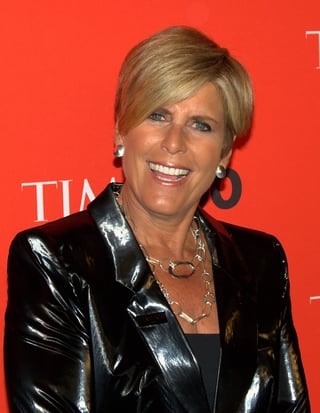 Before Orman was a regular fixture on financial programs on national television networks, she was a struggling waitress. And ‘struggling’ is putting it kindly!

At one point, Orman’s customers at her restaurant pooled their resources to gift her $50,000 to open her dream business, a “hot tub café” (whatever that is!). She promptly lost it all when she put it in the hands of an unsavory broker.

But Orman persevered, determined to learn for herself the financial expertise her failed broker lacked. She eventually became an account executive for Merrill Lynch, and at the age of 46 published her first financial guide.

It wasn’t until a few years later (at the age of 51) that Orman would land the TV show that skyrocketed her to national notoriety, the Suze Orman Show on CNBC. 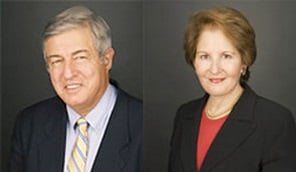 The Zagats—yep, like the restaurant guide—were both practicing attorneys for several decades before they became consumed with an unusual hobby: collecting opinions on neighborhood restaurants from friends and colleagues.

Their compilation resulted in a guide, then known as the Zagat Survey, which relied upon hundreds of “average Joe” reviews to score restaurants rather than the then-popular singular opinion of one professional restaurant critic.

The Zagats were both well into their forties when they eventually left their corporate attorney roles to pursue Zagat as a full-time business. In 2011, the company was acquired by Google for a reported $151 million. 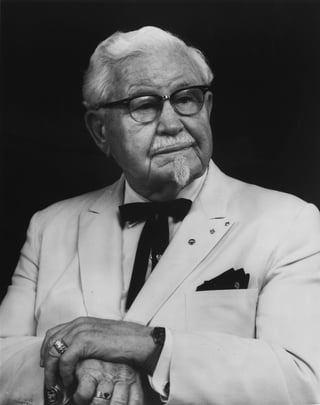 You may not know his name, but you definitely know his likeness. Harland David Sanders is better known to Americans as ‘The Colonel,’ the face of the popular fried chicken conglomerate KFC.

Sanders was always a bit of a wild card, holding jobs from ferry boat operator to insurance salesman to filling station attendant in his early days. Once, he was involved in a shootout with a crosstown gas station owner who wanted to get rid of the competition!

Sanders lived to tell about it, though, and it was at that very gas station that he would come to perfect his special fried chicken recipe. The crispy, seasoned goodness soon became a favorite among locals and travelers alike.

Despite the recipe’s popularity, it wasn’t until Sanders was 62 that he finally franchised his first restaurant to sell his signature “Kentucky Fried” chicken, becoming an entrepreneur at last. 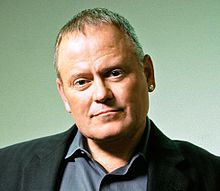 Growing up in Baltimore’s inner city wasn’t easy for Bob Parsons. After barely graduating from high school, he enlisted in the Marine Corps, where he’d go on to earn a Purple Heart in Vietnam.

Later, on a whim, he picked Accounting as a major at the University of Baltimore, and eventually started a career in IT and software sales.

In 1997 at the age of 47, just as the internet was beginning to take hold in American households, Parsons launched the domain name registrar GoDaddy.com. It would take another seven years before a racy Superbowl halftime commercial (you remember the one) shot the brand into the national spotlight. Parsons was 54 at the time.

It seems as if Martha Stewart has been teaching us to whip up the perfect cheese soufflé for, oh, forever. But in fact, the domestic guru and media mogul didn’t release the first copy of Martha Stewart Living magazine until she was just shy of 50.

And her first syndicated TV show? It didn’t happen until two years after that. Believe it or not, at the time of this post Stewart is halfway through her 70’s and still cranking out her signature brand of lifestyle wisdom (not to mention entrepreneurial prowess!) to the masses. 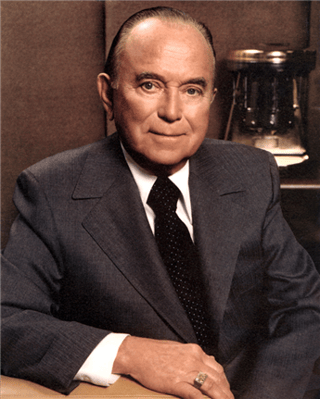 The son of Czech immigrants, Ray Kroc was born at the turn of the 20th century near Chicago. At the age of 15, he lied about his birthday to serve as a Red Cross ambulance driver during WWI.

Following the war, Kroc worked as a milkshake machine salesman for more than a decade. It was in this line of work that he’d come to know the McDonald brothers, owners of a small San Bernardino based burger chain. Kroc couldn’t help but see global potential.

In 1954, over the age of 50, Kroc purchased his first McDonald’s franchise and implemented a strict set of standards that would position the chain for explosive growth. Before Kroc’s death in 1984, McDonald’s had become the most successful fast food operation in the world.

These seven examples (and believe us, there are many more) go to show that no matter where you are in your career or life, there’s always time to pursue a new business opportunity or passion.

Businessman and marketing leader Gary Vaynerchuk speaks directly to would-be entrepreneurs over 40. Watch as he explains, the time to act is now!