You’re on one side of the table, they’re on the other. You’re here to feel each other out, ask questions, and decide whether you’d like to move forward in a relationship together. If a red flag pops up along the way, one of you will pull the plug.

Unlike a job interview, a first date doesn’t come with a resume of the other person’s highlights to aide you in your decision. Instead, you’re forced to rely on the experience—your chemistry during the conversation, the questions and answers that are exchanged, and your “gut” feeling about whether it’s a good fit—to decide whether to hire them.

We recently tapped into our network of entrepreneurs to learn more about the hiring process. Want to know what we concluded? It might work better for everyone if the job interview process was even more like dating, relying less on resumes and more on gut instinct!

So how can you hone in on that “gut feeling” and listen to what it’s trying to tell you? We dug deeper with hiring experts to identify some of the clearest red flags—specific deal-breakers that signal a professional relationship isn’t going to be a positive one in the long run—to tell you when it might be best to pass on a candidate.

Lack of Knowledge on Current Events

Is the candidate you’re considering invested in staying on top of his game?

"One of my preferred methods in noticing red flags is to ask the candidate how he or she keeps up to date with the latest trends in the given field,” said Daniel Bæk, co-founder and managing partner at Nodes, a mobile app development agency.

Bæk says a candidate who works independently to stay abreast of current industry news is also one who’s likely invested in continuously improving his or her own skills.

“If the candidate cannot provide a few relevant magazines, blog or news sites, I certainly consider that a red flag,” he said. 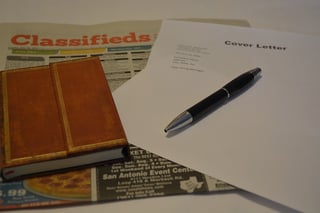 While a resume is a good starting point for narrowing the pool of available candidates, it can actually be a barrier to finding the right fit for a role in your organization.

In previous decades, workplaces were more homogenous, so the traditional resume was a good benchmark by which to measure candidates.

Now, workplaces are as diverse as the pool of candidates themselves. Some offices are formal, others casual. Some are rigid, others much more laid back.

COO of All In Mobile Luke Konior says because of this, you can’t make the mistake of hiring on skills alone.

“A few years ago when there were just four of us (the founders), we hired our first employee,” Konior said. “He was older than us and had a different mindset, but he had experience and skills. We thought that after two or three months we’d learn to get along. After three months he quit.”

Konior says he learned to hire someone who fits your team’s culture above all their hard skills on paper.

“This is important when hiring your first 30 people,” he added. “A great culture and people who like to work with each other will help you to face the problems that a young company can have.”

When delegating tasks to a team members, it’s critical that you’re able to trust them to carry out the task correctly.

“I send them an email with a link to an online calendar and have them select a time. This is before I even talk to them,” he said. “You’d be surprised how many select a time and don’t show.”

For those who do show, he conducts the interview, paying careful attention to whether the candidate arrives on time. Then, the final step is key. He requests a proposal of how the person will approach the job.

“Many do not come back with anything and eliminate themselves,” he said. “For those who do come back, the proposal they created tells me a lot. Did they hear and fully understand the requirements? Is that shown in the proposal? Is the proposal well-thought-out and professional looking?”

He says it’s a surefire way to see how the person will carry out tasks he’s assigned once hired. Additionally, it helps ward off that “romantic” feeling that can come along with interviewing a candidate you really like, but who’s not a good fit for the job.

Writer Eric Brantner of SleepZoo.com has a similar vetting process for contractors he works with.

“If the job ad says ‘reply with "freelance writer” in the subject line,’ but you don't do it, how can I expect you to follow directions in the future?”

It’s generally a bad sign when a candidate badmouths a former employer. Bill Balderaz, head of healthcare consulting firm Futurety, takes it one step further, looking for red flags of a “victim mentality.”

An example of the victim mentality might be a sales candidate who blames missing his sales quota on the economy or a bad boss.

To gauge whether a candidate is able to own his failures, you might ask her to describe a time when she failed to succeed in a task, and then to explain why it happened. 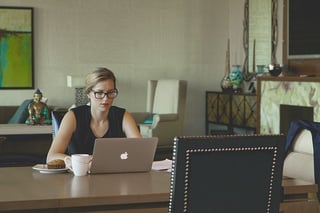 Everyone makes mistakes, but some mistakes may point to a deeper problem: a lack of common sense. A job candidate may reveal this red flag by failing to research your company ahead of time.

“One of the first questions I ask candidates is what they think of our website,” Penake said. “If they can't answer, or haven't been to our website yet, I thank them for their interest and end the interview. A little preparation goes a long way!”

Similarly, if you reach the point in the interview where it’s the candidate’s turn to ask questions and there’s radio silence, you probably know they didn’t do much background research.

Here’s one red flag you can gauge from looking at a resume: job stagnation.

Timothy Wiedman is an Associate Professor of Management & Human Resources at Doane College who has hired several hundred employees over the course of his career. He says that jumping from position to position isn’t necessarily a bad thing—if the candidate shows growth from one role to the next.

“For example, if somebody worked 14 to 18 months at a company and then took a job in the same career field with a different employer, but had greater responsibility or was paid a bit better by the new employer, that probably wouldn't bother me at all,” he said.

It becomes an issue, he says, when job-hopping coincides with the same repeat role at each new company.

“An applicant who's worked for six different employers during the past two years without any apparent career progression is quite another matter,” Doane said, definitely cause for some alarm bells to go off.

What are the biggest red flags you’ve identified during your own hiring process? Leave us a comment below to share it with the community!

How to Get Employees to Buy In To Your Company