5 Ways to Succeed as a Laid-Back Entrepreneur

We’ll be the first to admit it: here at Ignite Spot, we’re a pretty Type A bunch. High energy, ambitious, competitive and maybe just the slightest bit neurotic. Hey, it works for us!

But we totally understand and even appreciate that there’s a different breed of entrepreneur out there—one who doesn’t feel compelled to hop from one thing to the next at the speed of light, and who’s more comfortable leading by quiet example than by massive, auditorium-style pep talks.

Laid-back people can be entrepreneurs, too. Unfortunately, they’re often overshadowed (or just talked over) by their more outspoken peers. So how can an entrepreneur with a more relaxed vibe make sure he or she doesn’t get stepped on? Here are five steps for laid-back business success.

One of the most common misconceptions about laid back people is that they’re lazy or lack drive. But of course, we know it’s simply that they approach projects with a different mindset.

The challenge is that to be an effective leader, a certain amount of assertive communication is necessary. If you don’t check in often because you don’t want to micromanage your team, for example, you might neglect to make sure your employees are getting their jobs done correctly or miss important red flags that could lead to bigger issues down the road.

Avoid misunderstandings and missed deadlines by communicating with your team clearly and often—even if it’s something you have to pencil into your calendar.

Various studies have shown that the ability to communicate is one of the most critical factors for career success, sometimes even more so than business or technical ability. Not only does frequent communication ensure everyone is on the same page about goals and responsibilities, it helps build your employees’ ownership of their role with the company.

At face value, everyone loves a laid-back boss. But if you’re too chummy with employees, you can set a dangerous precedent of being viewed as a buddy rather than a professional superior. Even if your style is laid back, keep in mind that you’re always a boss first.

You can be a nice person and still be a respected leader—in fact, the good news is that the research says it’s in your favor to do so. 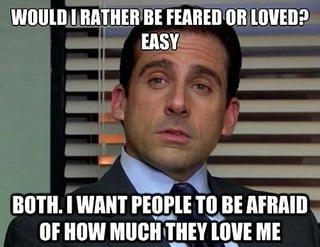 According to studies by Amy Cuddy of Harvard Business School, leaders who project warmth are more effective than those who lead with toughness because they build trust with employees more quickly. Being a “nice” boss also leads to less stressed employees, who in turn perform better at their jobs and have lower turnover rates than their more stressed counterparts.

The important thing is to maintain a professional versus a personal relationship with your team, and to dole out discipline when it’s fair to do so.

One of the best things about being boss? You get to hire whoever you want!

That means if conference calls and back-to-back scheduling aren’t your thing, you can bring someone on board who’s better suited for that part of the business.

Unfortunately, humans (and bosses) are naturally drawn to others who are like them. This means hiring your weaknesses must be an active and intentional choice. Experts suggest using behavioral surveys on prospective employees—and on yourself—to identify areas where a candidate’s skills may fill in for areas where you’re lacking.

Perhaps the most important quality for success as an entrepreneur isn’t experience or schooling or luck. It’s persistence. Many, many entrepreneurs (Slava Rubin, Mark Cuban, Thomas Edison, among others) have voiced their agreement with this sentiment, and prove by example that the main reason for their massive success is simply that they didn’t give up too soon.

The problem for laid-back people is that they’re interested in maintaining a low level of stress—which often means taking the path of least resistance. Be mindful not to give up too easily. Be persistent.

One way to persevere without becoming a nuisance or getting bogged down by stress is to keep an ongoing list of your business priorities. If there’s an opportunity or an avenue that will help you achieve one of your top three priorities, it’s something you should be persistent about. That way other less important things, like hounding down a wayward client for a small unpaid invoice, can be left alone. 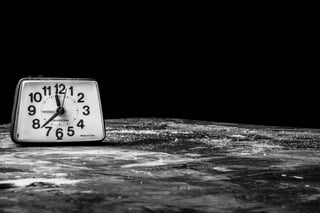 I want this one to not be true. I so badly want for the empirical evidence to show that sleeping in is the faster road to success, that staying in bed until well past 8 a.m. means a life of entrepreneurial achievement!

But alas, the real-world examples show us otherwise. Tim Cook, Michelle Obama, Jack Dorsey and Richard Branson (and plenty of others) are all notoriously early risers. Being a late sleeper simply will not help your quest as an entrepreneur, especially if you’re already a business owner of the more laid-back variety.

You don’t have to take it to the extreme of joining the “5 a.m. club,” but if your phone is dinging and the emails are rolling in while you’re still rolling out of bed, you could be at risk of being viewed as an absent or lackadaisical leader. Set your alarm clock for one hour earlier and see how much more productive your day becomes.

Are you a laid-back entrepreneur? Leave us a comment and tell us how you maintain the respect of your team without letting stress dominate your life!

Get weekly updates from The Profitable Entrepreneur delivered directly to your inbox by subscribing below.

How To Negotiate To Get What You Want Every Time

The Importance of Limits: How Constraints Drive Genius